I did not take any video of my early morning freestyle sessions or lesson yesterday as it took every ounce of energy I had just to wake up that early and get to the rink.  I had to reschedule my regular lesson this week and this was the only time available.... 7:45 am, but since the session begins at 7:45 as well, I came on the previous session in order to be warmed up before the lesson began.

My goal for this spring, summer, fall is to take my Silver MIF test and Silver FS test and put together a program worthy of competition.  Let it be known... I don't really like the competition part, but without it, I am completely unable to set goals for myself and achieve them.  I love the "idea" of competing: putting on a pretty dress and skating flawlessly to some beautiful and moving music...
but THAT NEVER HAPPENS!  Not to me.. at least not yet.

Coach Berkley wants me to up the anti this year and start putting complexities into my program that will stand out: split jump, hydro glide, double three turn entries into my jumps, bigger, better jumps, flying camel, change position sit spins ..... sounds to me like an Adult Gold level program - but I suppose if we shoot for gold we may end up silver!

On another subject worth bragging about, my original childhood coach Tony Howard (who is now 84 years old) and I have gotten in touch with each other.  I have come to learn that he is still coaching 4 days a week in Oakland, CA.  He was my coach in 1969-1970 ... That was 44 years ago.

I wrote him via the head coach at Oakland Ice and he put me in touch with him.  Tony wrote me back and told me he was a one-fingered-typist and would write me a letter.  A few days later I received a really long email from him and subsequently a beautiful hand written long letter with a recent photo and and hand drawn cartoon of a skating Mickey Mouse.  I have a bad memory so I don't remember him drawing these for us as kids, but apparently he did.... and I finally got one .... trust me, it will go into a frame.  I was touched so deeply by his response and will be forever grateful for the skills he taught me as a child and the memory he left. 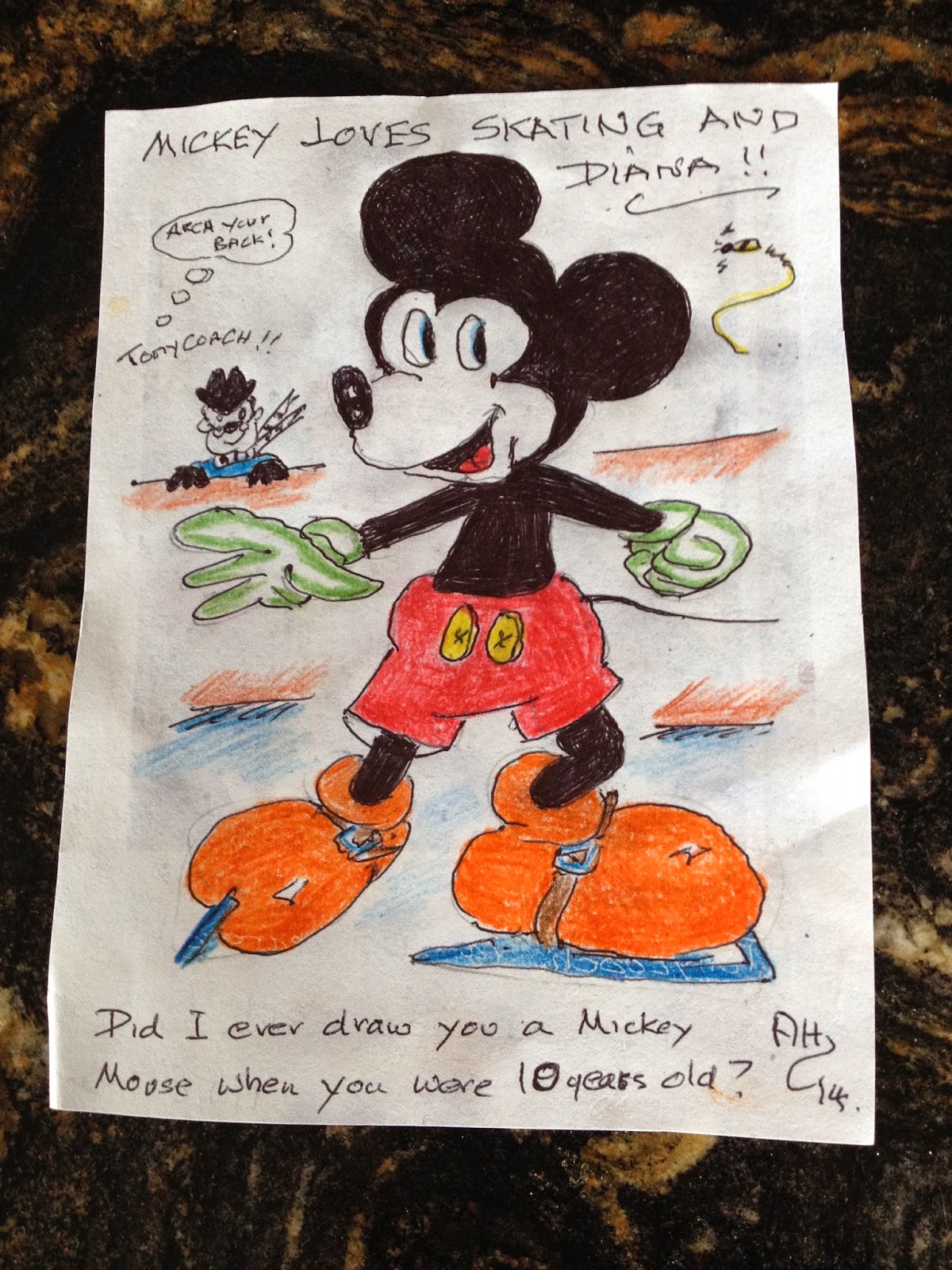 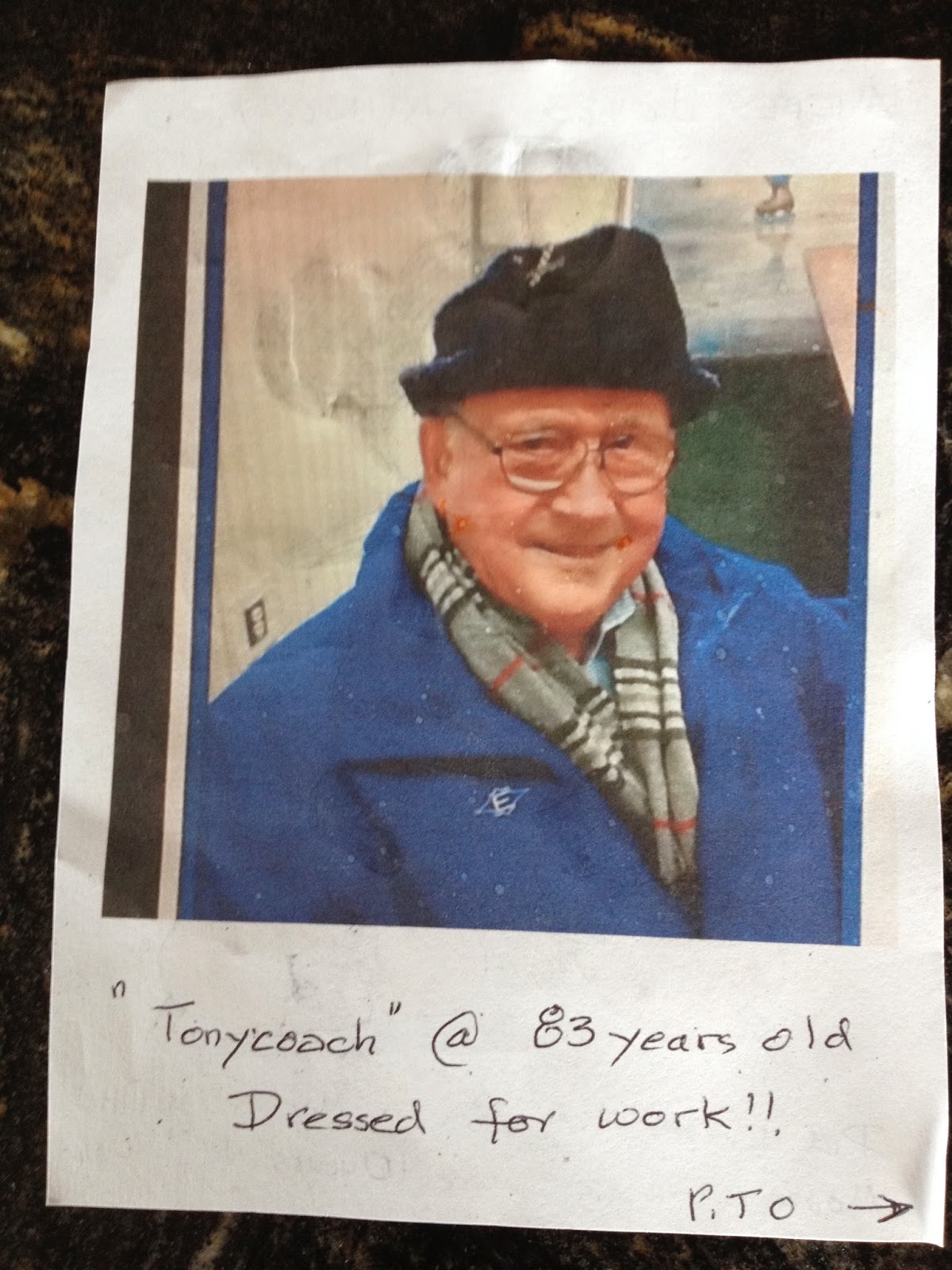