My usual session time was altered today for a special function at the rink.  I skated from 10:15 to 11:45 (an hour earlier than usual).

Here is my boring practice:

Me?  I couldn't resist the opportunity to meet him.  I had no idea he had such ties to Spokane.  His wife was there, his nearly 80 year old father (who he says still skis on black diamond runs) and his sister, who was organizing the event along with a committee  from the Lilac Parade organization.

* Disclaimer:  If I get any of the above information incorrect ... My apologies.

I was kind of hanging out with my cell phone camera, hoping to ask him for a photo opportunity when I glanced over and saw him lacing up his skates.  I introduced myself and told him I was an "Adult Figure Skater" ... I didn't realize he is just 5 years younger than I am.   He looks better than I do!  He said he attributes his preservation to being in cold rinks... and staying "on ice".  Here's a few pictures at the event: 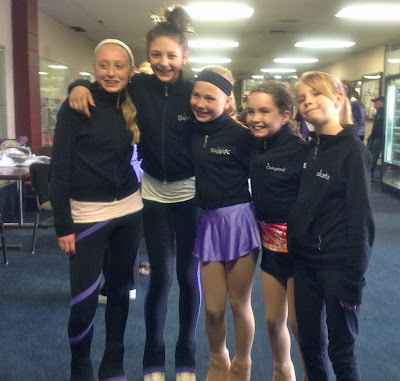 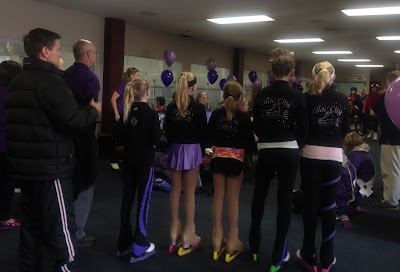 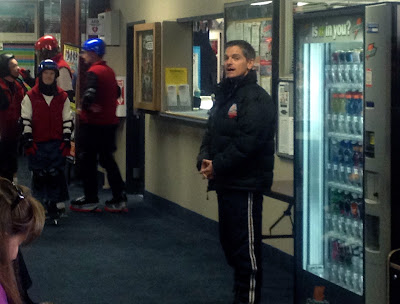 After the thank you's and a a few words from Paul, the group of skaters with special needs, some of the Lilac Princesses and some of the Lilac Figure Skating Club's skaters took the ice.  Paul skated with them, watched them skate, gave them individual pointers and tips and then gave the group a demonstration of an advanced jump .... my nemesis:  The Axel

In my conversation with Paul he told me he only skates professionally on occasion, but he is now coaching in North Carolina where he lives.  I asked him if he would be open to coaching an adult clinic sometime .. somewhere... and he said YES.  So we'll see.
I so enjoyed my short chat with him, I forgot to ask him for a photo, but someone else took my picture while I was chatting with him.  Hopefully she will email me a copy.

Here's the video of the Axel demonstration: