It has now been 8 years since I got back on the ice. I have not competed since 2016 , but my blog is still going. My YouTube channel has over 1600 subscribers. That’s just crazy!

Happy Thanksgiving to everyone who peruses my blog.  I am so grateful this year to be healthy enough to skate and to have the love and support of my husband who makes it possible for me to do so.  And to all my skating friends of all ages and abilities who frequent my blog and give me encouragement I thank you and my Thanksgiving wish is that your holiday is spent with family, loved ones and friends, that your travels are safe and that your turkey is cooked to a minimum internal temperature of 165! 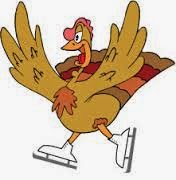